Royal Oak unveiled the War Memorial on June 17, 1946, in former City Hall Park at the northeast corner of Third and Williams.  The memorial was erected as a result of the efforts of a War Council organization, appointed by the City Commission in the late fall of 1943.

Over the years the memorial has been moved multiple times. Today the Royal Oak War Memorial is located near Troy and Second Streets and honors those who gave their lives in service to our country in the Civil War, WWI, WWII, Korea, and Vietnam.

In 2021, members of the Royal Oak Veterans Events Committee began researching the 188 names on the various monuments of the memorial. The result of that research is contained in the map below.

The Royal Oak Veterans Event Committee plans to host a moving display of 188 US flags at Centennial Commons in Downtown Royal Oak from May 29 through June 5 to pay tribute to Royal Oak heroes who died in active military service.

This display is made possible through a generous donation from the Henry Ford Health System and the efforts of many dedicated volunteers. You can show your support and gratitude by sponsoring a flag or making a donation.

To learn more or to sponsor a flag go to: romi.gov/flags 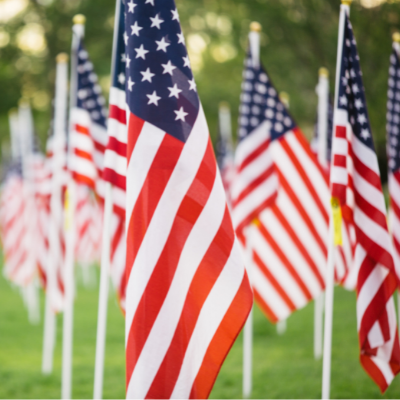 Please contact Judy Davids at judyd@romi.gov if you find incorrect information or have questions.