A Century of Service

The history of leadership in the Royal Oak Police Department reflects the transformation of a rapidly growing village to the eighth largest city in Oakland County.

Alexander Lewless, known as the one-eyed sheriff, served as the town marshal (Royal Oak Township) for more than 40 years. Lewless resided at 208 West Fifth Street until his death in 1918.  That same year, Philip H. Beauvais established a new kind of law and order with the formation of a local police department, three years before the village was incorporated as a city in 1921. Beauvais performed the duties of both village manager and police chief, which meant when necessary he assisted with arrests and hauling prisoners to the county jail in Pontiac.

Today, Chief Corrigan O’Donohue heads what is regarded as one of Michigan’s premier police departments. In O’Donohue’s tenure, the Royal Oak Police Department has earned its spot on the list of ‘100 Top Safest Cities in America.’ With a staff of 79 sworn officers, O’Donohue oversees multiple units and departments that strive to be leaders in efficiency, effectiveness, innovation and public safety in the 21st century.

By charter, Royal Oak’s city manager has invested in him the power to appoint the police and fire chief. Here’s a list of individuals that have earned the designation of Royal Oak Police Chief.

Isaac Ryal, 1920-26—Isaac Ryal is the earliest mention of an appointed chief. He resigned in 1926 following rumored criticism directed at him as a result of a fire that destroyed the Howarth Building. It was said that he failed to notify the Royal Oak water pumping station. At the time of his resignation, Ryal served only four days as the permanent chief. He previously served as acting chief. Prior to coming to Royal Oak he had served in various county offices for two decades.

Lloyd R McClintock, 1926-28—Lloyd R McClintock was appointed. At age 24, he was believed to be the youngest police chief in the country. After attempting to resign several times, feeling he was too young for the job, he was reassigned to head of the traffic department.  McClintock ultimately moved to Myrtle Creek, OR where he served as police chief for a number of years before his election as mayor of Myrtle Creek in 1952.

Raymond J Whitney, 1928—After the reassignment of Lloyd McClintock, City Manager Raymond J Whitney announced he would run the department until such time a new chief could be found.

Alfred Reynolds, 1932-36—Alfred Reynolds was named acting chief. He served in that capacity until 1936 when he asked for the assignment of lieutenant.

Ray C Hayward, 1936-63—Ray C Hayward was named chief. After 27 years as Royal Oak’s top cop, he resigned on his 60th birthday in 1963. He worked for only two city managers during his entire tenure.  After his retirement, Hayward went on to be one of the most popular and colorful bailiffs in Oakland County Circuit Court.

Herman Potts, 1963-71—During Herman Potts tenure as chief, the Supreme Court’s  landmark decision in Miranda v. Arizona (1966) required police procedure ensure suspects were informed of their rights to remain silent, consult an attorney and that any statements made may be used against them. Miranda Rights, Potts believed, put a burden on police officers. Another source of concern for Potts was what he told the Daily Tribune was “a seemingly larger generation gap than ever before.” In 1970, police dealt with a number of youth confrontations at Memorial Park, which Potts said created “anxiety” for the department. He retired at age 60, the mandatory retirement age for Royal Oak police officers.

James Soules, 1971-73—As chief, James Soules implemented a four-day work week of 10-hour shifts and organized three new departments – traffic safety division, special investigation unit and cadet program – with the city’s first federal grants. He retired after 37 years in law enforcement in which he held every rank in the Royal Oak Police Department.

Virgil L Scott, 1973-77—During Virgil L Scott’s tenure as police chief, Royal Oak had one of the highest densities in the Metro Detroit area with a population of more than 86,000. In 1976, the Royal Oak Police Department began the use of computers in law enforcement management by joining Oakland County’s Courts in Law Enforcement Management Information System also known as CLEMIS. In 1977, the main desk and communication rooms were remodeled, improving security at the main desk and facilitating the processing of prisoners with a communication center.

Clayton Besanson, 1978-80—During the tenure of Clayton Besanson, then city manager, William Baldridge, created a public safety director’s job that eliminated the assistant police and fire chief positions and had the police and fire chiefs report directly to the director. Besanson was second in command to Public Safety Director John Ball. As head of the South Oakland Tactical Police Unit in 1970, Besanson controlled rioters at Memorial Park, which he considered one of the highlights of his career. In 1979, a crime prevention unit was formed under Besanson, which received strong public support.

John Taylor, 1980-85—In the 1980s, Royal Oak was almost entirely developed but many of its neighboring communities were not and the city’s population began shift and decline as young families moved to developing suburbs. During the John Taylor years, the city struggled with monetary difficulties and no new programs or operations were initiated or enlarged during this period. Upon his retirement, Taylor described his 30 years in law-enforcement and being revolutionary. At the time of his retirement in 1985, he told the Daily Tribune during his three decades in law enforcement, police work matured from a low-paying job that attracted a few dedicated men in the 1950s to profession that involved both men and women.

Richard G Kemp, 1985-92—Prior his appointment to chief, Richard G Kemp served in virtually every unit and division in the department. Kemp was a knowledgeable and capable manager and worked closely with Public Safety Director John Ball to oversee the department.

John Ball, 1979-93—John Ball, the director of public safety, also performed duties of chief near the end of his long career with the Royal Oak Police Department.  He was in charge in 1991 when a fired postal worker fatally shot four people and wounded six others before taking his own life at the Royal Oak Post Office. The events of that day drew national attention and Ball was propelled into the media spotlight. He retired after a 33 year career in law-enforcement work to begin a new career as director of pastoral ministers for the Roman Catholic Archdiocese of Detroit.

John Tyler, 1994—John Tyler was appointed by City Manager William Baldrige as interim chief after the departure of John Ball. Since Baldridge himself was due to retire, he felt his successor should make the decision on who should be the new police chief.

Mel J. Johnson, 1994 -2000—Mel J. Johnson was the first appointment of incoming City Manager Larry Doyle. Johnson faced many challenges during his administration, including a police officer fatally shooting a suspected car thief, railroad crossing deaths, a whistle stop visit from President Bill Clinton, the collapse of the 911 system due to an Ameritech problem and Jack Kervorkian. During Johnson’s tenure, the department implemented its first K-9 unit with the arrival Johnnie, Belgian Malinois, in 1996.

Theodore H. Quisenberry, 2001-09—The hiring of Theodore H. Quisenberry, a recently retired deputy police chief from the City of Southfield, was somewhat controversial in that he was selected from outside the department.  Quisenberry’s appointment indicated a desire to change the direction of the department and he was specifically tasked with restructuring the agency to be more engaging with citizens, businesses and the various organizations within the city. In his tenure, Quisenberry instituted several community policing based programs intended to increase police/community interaction, including: a bicycle patrol, chaplain program, Central Business District patrols, citizen police academy and honor guard program.

Christopher Jahnke, 2009-11—Christopher Jahnke was the first appointment of City Manager Don Johnson. As Royal Oak evolved, so did its police department, becoming much more responsive and proactive – something Jahnke was very proud to be part of. Unfortunately, police staff was depleted during his years as chief. In 2010, following the global financial crisis of 2008-2009, the department would lay off 12 officers. In that same year, Arts, Beats & Eats came to Royal Oak for the first time and the department was charged with keeping record crowds safe during the four-day event. After his retirement, Jahnke accepted a position with the Michigan Treasury Department’s Gaming Division in Detroit.

Corrigan O’Donohue, 2011 - present—For Chief Corrigan O’Donohue, there is no debate regarding the importance a values-based culture plays in building a premier police department. After voters passed a public safety millage in 2012 by a more than 2-to-1 margin, O’Dohonue has been deliberate in selecting and investing in qualified officers that are committed to the department’s core values of integrity, loyalty, compassion, courage and service. These values, which shape routine decision-making, have the resulted in one of the best safety rankings in the nation and contribute to Royal Oak being named one of the happiest, most exciting, safest and best places to live, according to a number of state and national ‘best of’ lists.  The father of nine, including two sets of twins, enjoys spending time with his family.

Click here to read the history of the department. 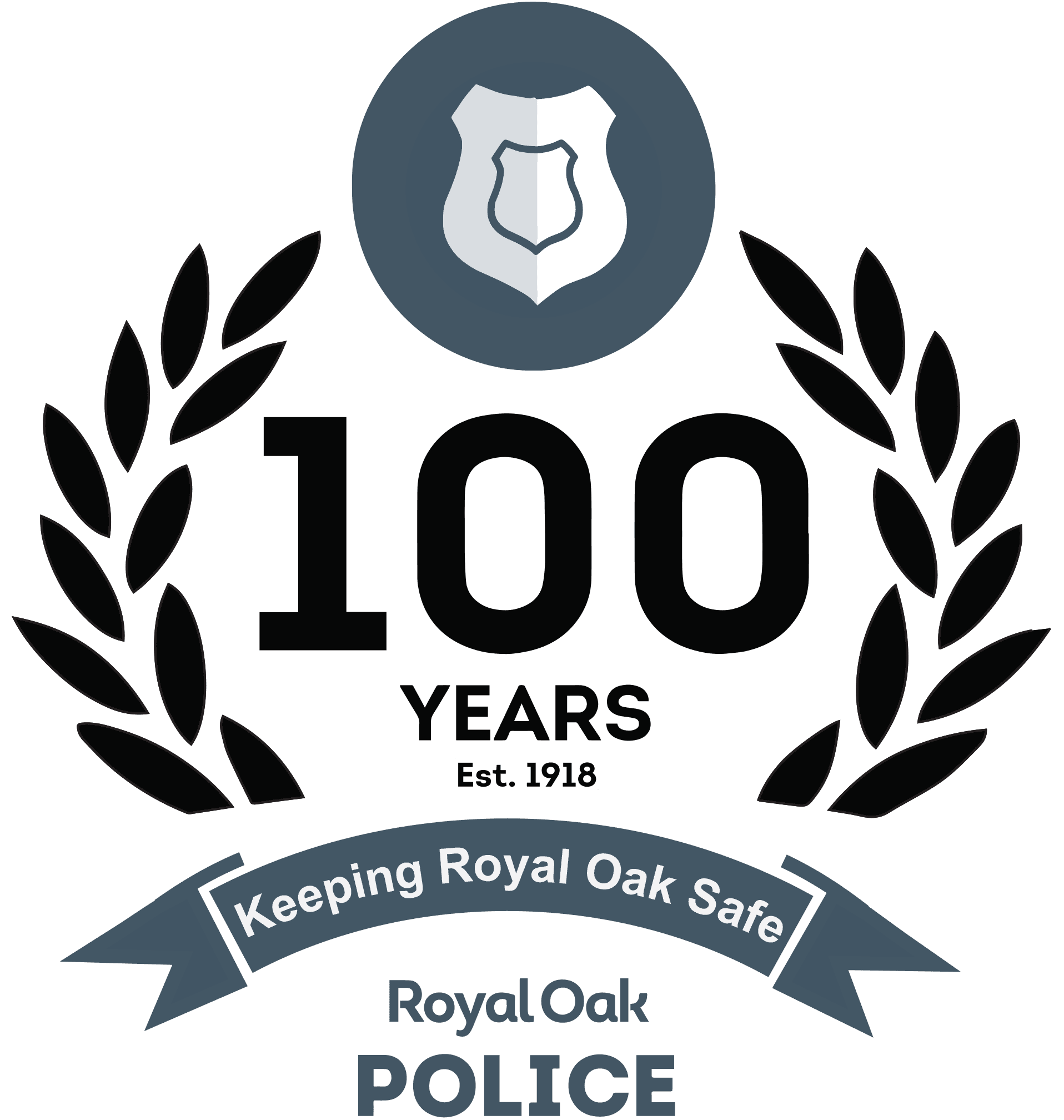 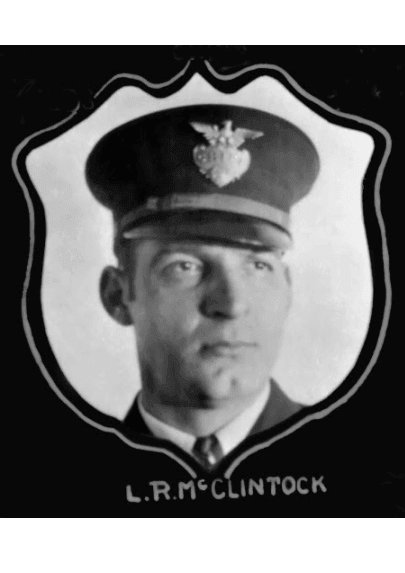 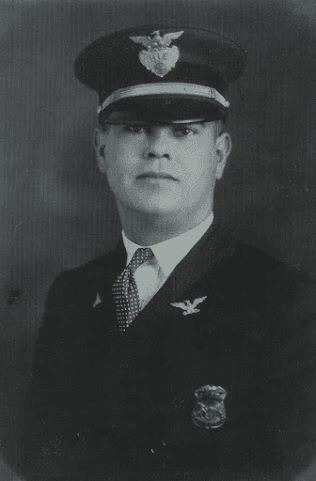 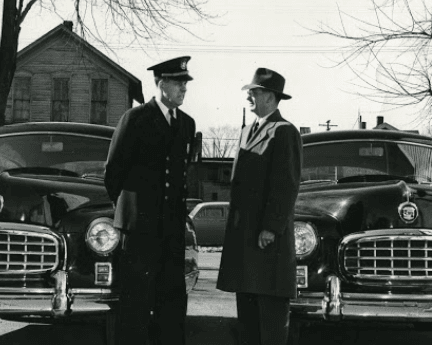 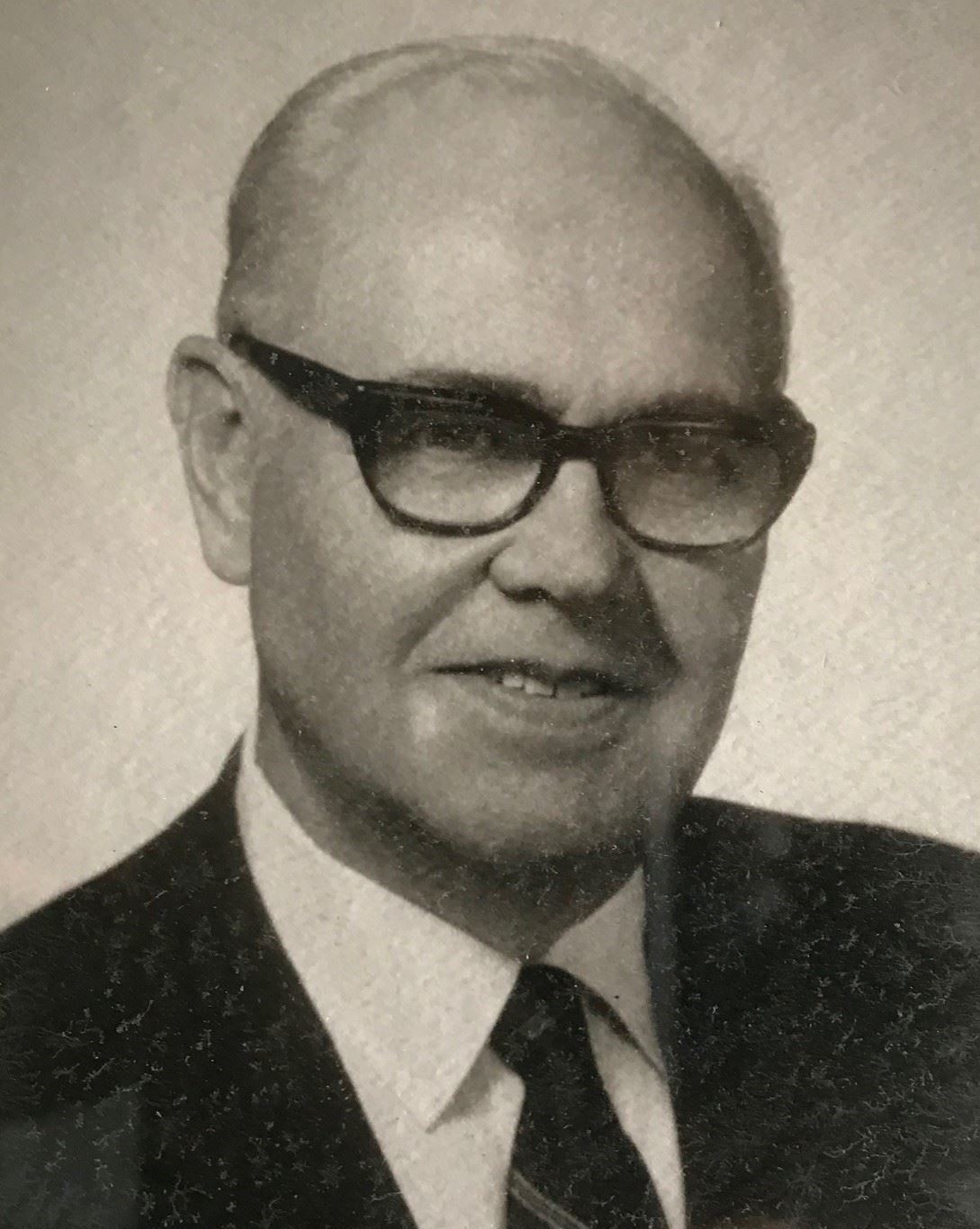 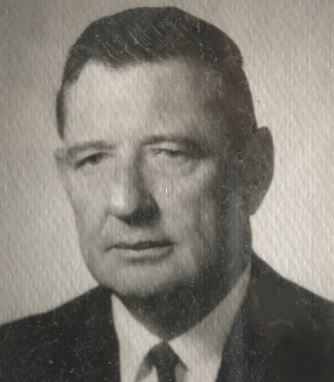 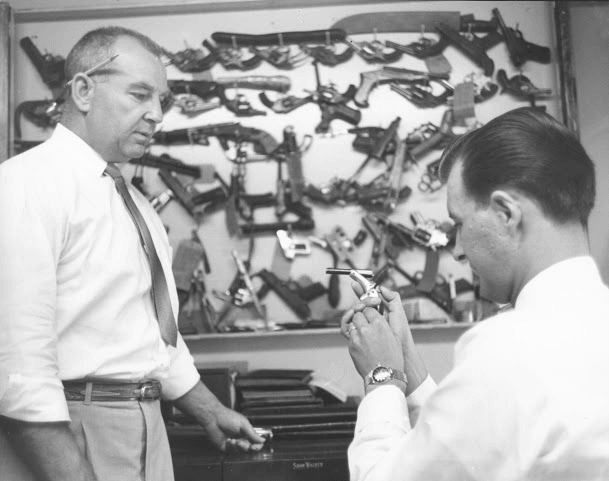 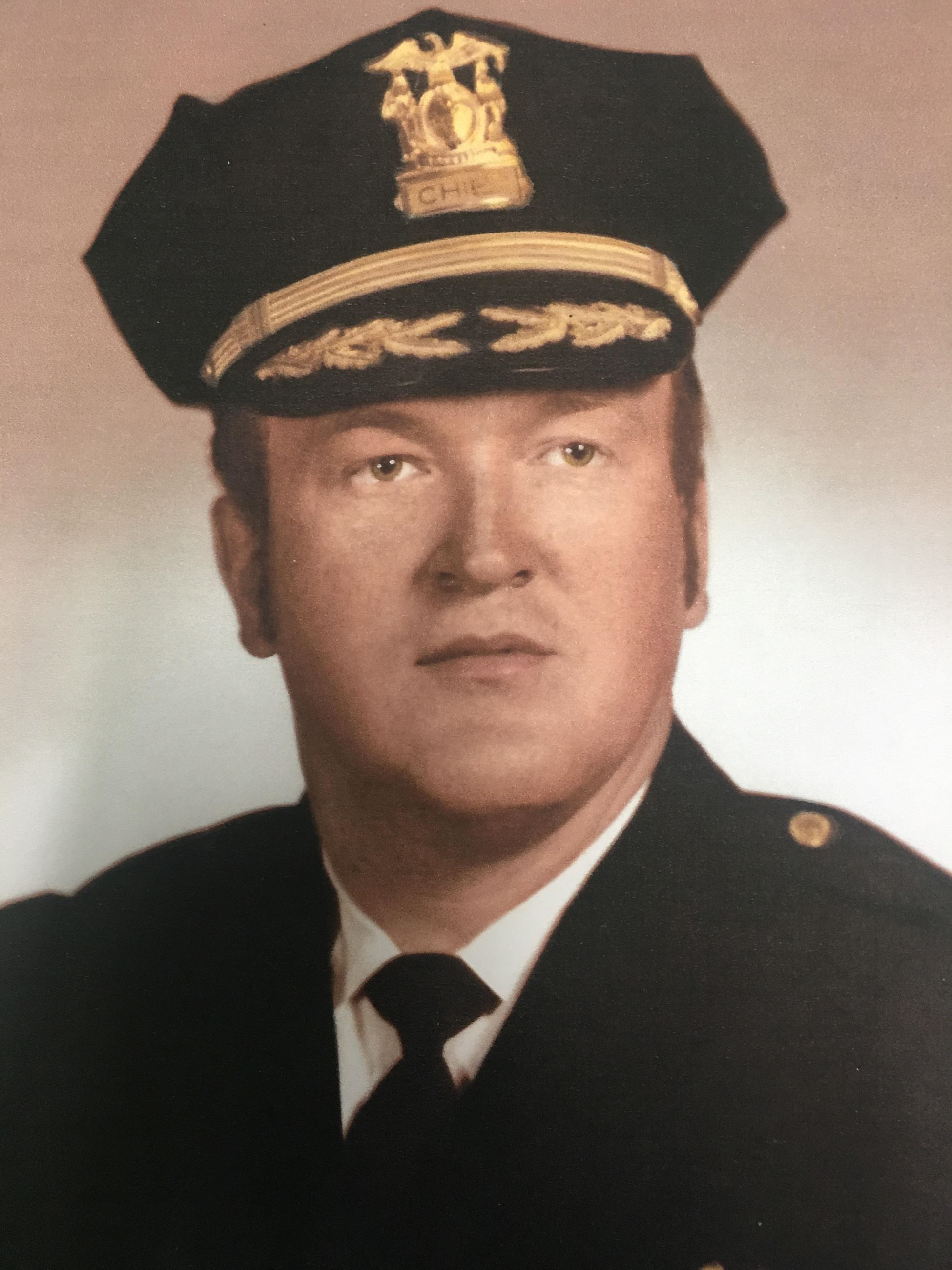 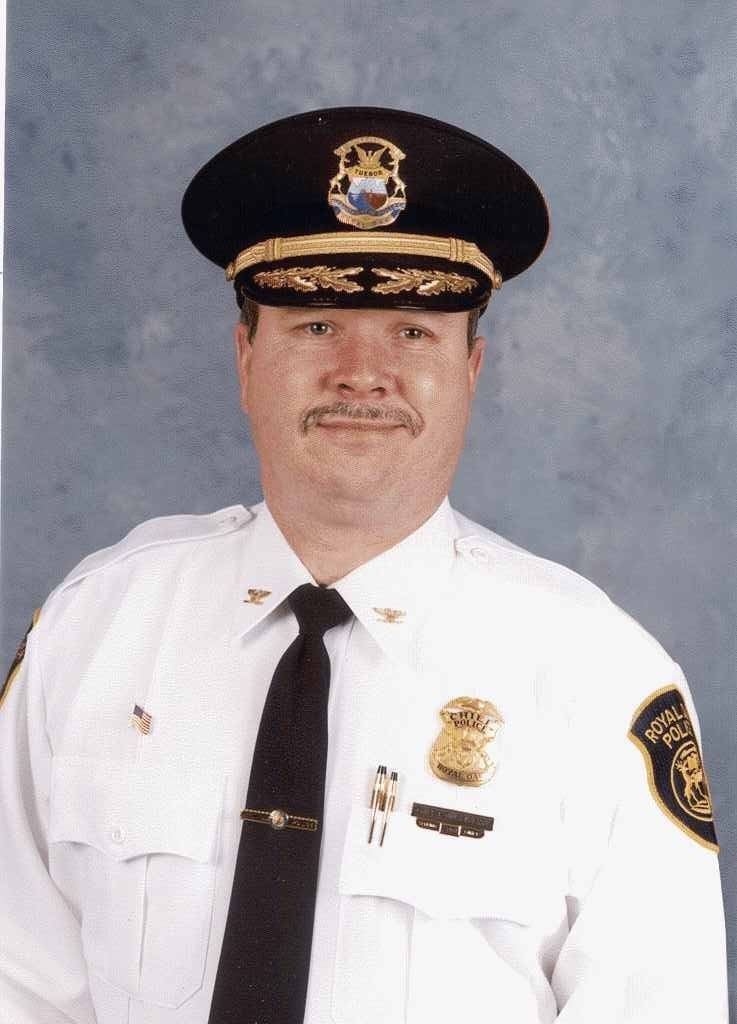 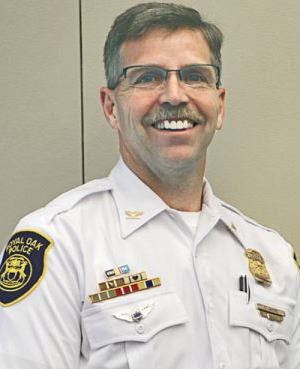 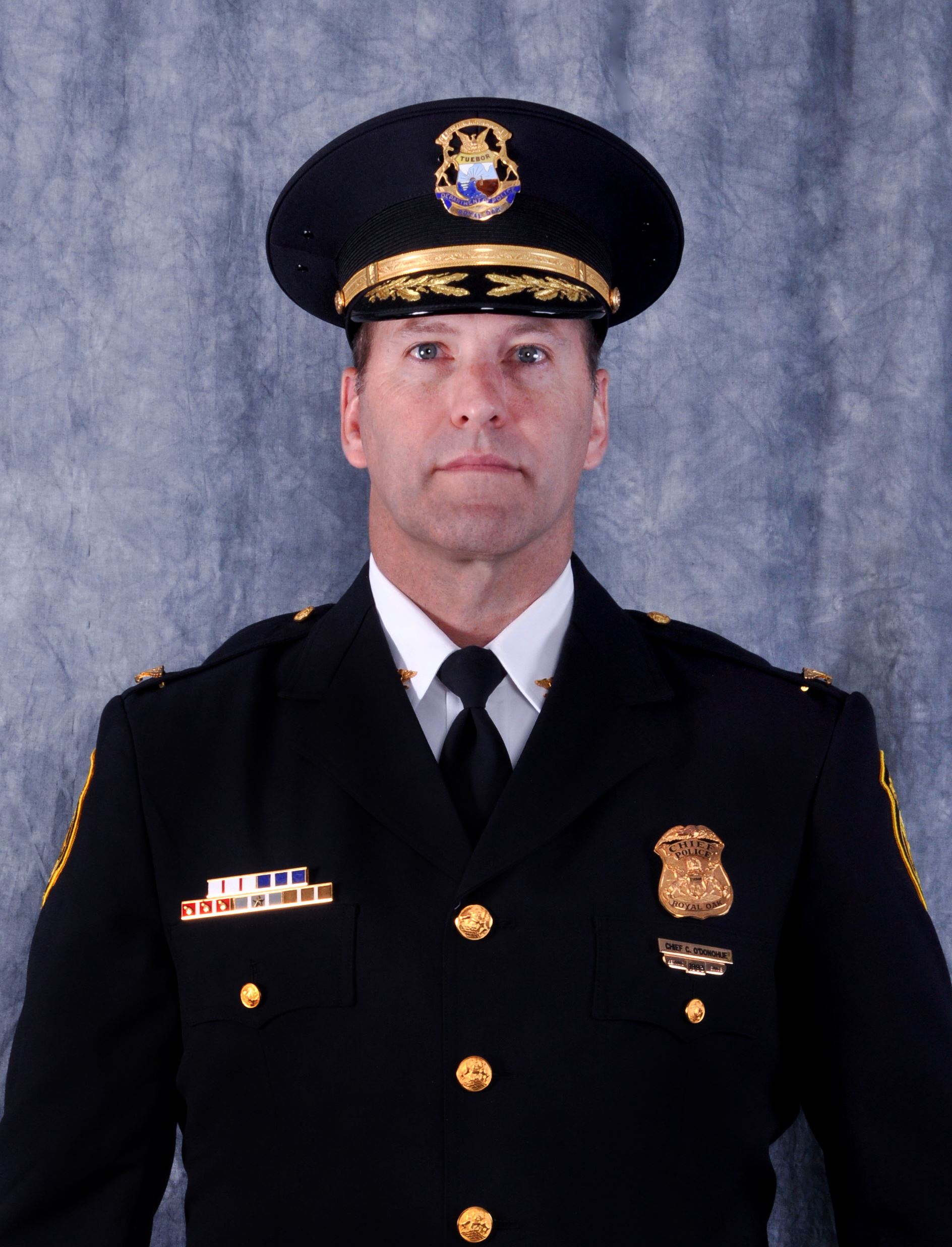